The ChillMobile in Sarasota Magazine 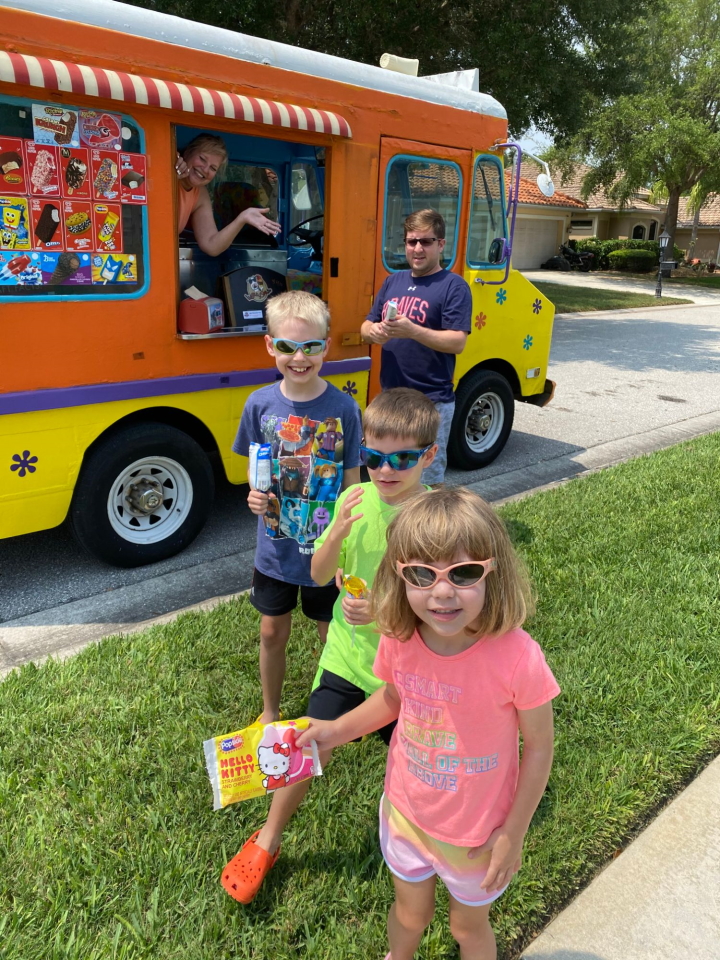 18 May The ChillMobile in Sarasota Magazine

Posted at 13:29h in ChillMobile in the News by TheChillMobile 0 Comments
0 Likes

Tammy Hauser started Discover Sarasota Tours modestly in October 2018 with two trolley tours focusing on the history of Sarasota and its connection to the Ringling Brothers circus.

The concept proved so popular that, by the time she had to temporarily stop rolling March 20, she’d been running 18 different themed tours for a total of some 10,000 ticket buyers—everything from Amish life to public art, holiday lights, a Psychic Sunday tour and a Tiki Trivia nighttime tour. Her 12 Halloween haunted tours last October all sold out. And she opened a souvenir gift shop/ trolley “depot” in a vintage cottage on Fruitville Road.

Hauser hired 13 local tour guides, most of whom are professional performers; the others are experts in their fields. “We would develop the tour concept, work together on the script, run it like a repertory theater company,” she says.

February was her best month ever. “We were selling out 36 seats [on each tour] with waiting lists for 12 to 14 tours every week,” she says. Tourists made up the bulk of participants during season; out of season she drew local clubs and groups from St. Petersburg, Tampa and Orlando.

When she abruptly had to shelve Discover Sarasota Tours, “I grieved for a week,” Hauser says. After 18 months in business, “I was just seeing the end of paying back my startup costs. I didn’t qualify for the loan programs because the tour guides are contractors. I had invested in Easter promotions, etc., and had to refund thousands of dollars in [pre-booked] tickets, not counting the money I will lose from not running the tours.”

By happenstance, Hauser had been browsing on Facebook Marketplace last December when she saw a vintage 1979 Good Humor ice cream truck for sale. “For months, I’d had guests tell me, ‘I sure wish you sold ice cream,’ but the cottage is so small and packed with gift merchandise there was no place to put anything like that,” she says. She bought the vehicle—a commissary truck with no kitchen; basically a freezer unit—painted it eye-catching orange and yellow, and this winter parked it in front of the cottage

“Tammy’s Tours, Treats and Treasures was the concept in my mind, something funky and fun,” Hauser says. “I was going to put up pink bamboo umbrellas, families from the neighborhood could come. In my mind, it would be a great summer thing. I wasn’t going to even think about it till April.”

Noticing that food trucks were exempted from the governor’s shutdown orders, she saw an opportunity. “I looked out the window, saw my truck and started driving it around,” Hauser says. “I created a website in a couple of days, learned about [pre-packaged] ice cream products and vendors, and started looking at the business model.”

Thus, The ChillMobile was born. “It started as a small concept,” Hauser says. “I thought, at least I can do something. I had the ice cream, I had the truck and I had the time.”

To market it, Hauser ingeniously turned to moms’ Facebook networks. “I offered a pandemic special on Facebook to all the moms stuck at home with kids,” she says. “For $20, if you invite me to your street and tell all your neighbors, I will come. Because it’s affordable and something they could look forward to with their kids, it took off like wildfire. That initial flurry went from mom network to mom network till last week I was visiting 40 neighborhoods a week. It was huge, I was turning people away.”

She quickly added birthday celebrations, and in six weeks has done at least 60 of them, “all ages, even a 91-year old’s birthday,” she says. “I pull up in the street with my truck and my dog, Max, and the birthday child feels there is something special for them.”

Several condo communities have hired The ChillMobile; so did the Pines of Sarasota during Nurse’s Week. “It’s a way of showing gratitude, celebration, doing something special for people who are feeling isolated,” she says.

She now has about 100 moms on her email list, and a few dads. “A key mom in each neighborhood goes on Nextdoor and puts the word out that I’ll be coming, and everybody’s waiting for me with their cash in the driveway,” she says. “Some of those moms with jobs have even had their companies hire me to come out to their offices. It could only happen in a crazy period when everybody’s home.”

Last Monday, she was driving home from her final event of the day when the ChillMobile engine blew. “Luckily I made it home to plug it in and found a mechanic who will replace the engine. I had to cancel 20 events this week and next, but I’m told the repairs will be done in two weeks.”

Hauser says she and Max will be back on the road by June 1. If you’re interested in a visit, sign up in advance at her website.

“It’s been so healing for me to be able to bring entertain and joy and a whole new clientele,” she says. “This has been the challenge of my life, but this has healed me.”